This year’s hottest ticket is fast proving to be the hilarious A GUN IN EACH HAND – opening the festival in all cities, followed by fiestas with drinks courtesy of Estrella Damm and Torres Wines, tapas and live entertainment. See the Events page for full details for Opening Night in each city. Be sure to book your tickets soon to avoid disappointment!

In director Cesc Gay’s A GUN IN EACH HAND crossfire is exchanged not with weapons as the title would suggest, but throughout a series of witty and brutally hilarious encounters between old friends, acquaintances, ex-spouses and potential lovers. Whether it’s Cámara’s sorry efforts to win back his ex-wife or Noriega’s misguided attempts to woo a co-worker, each meeting starts off with men most humbly attempting to get what they want, and often winding up completely bewildered as the women of each story mercilessly flip the situations around. Trumpeting the truism that character is plot, each tale is full of twists and turns that sees our growing affection for each beautifully-drawn character feel as engaging and riveting as any heist thriller. This superbly accomplished battle-of-the-sexes comedy achieved breakout box office success in Spain last December, and is a must-see festival highlight. 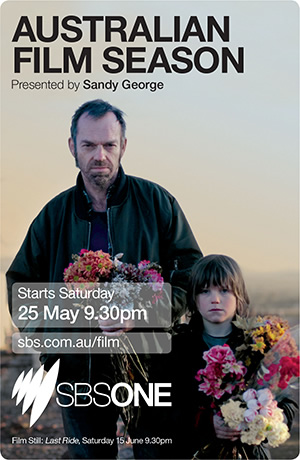